As the undisputed monopoly of the current NFT market, OpenSea has fallen into the whirlpool of public opinion of “pseudo Web3 products” one after another due to its centralized operation method, and the dissatisfaction of users has also left all kinds of competitors holding high the flag of decentralization. down the development space. In the face of internal and external troubles, OpenSea recently launched Seaport, a Web3 market protocol for buying and selling NFTs, to accelerate the development of its own Web3. How will this product empower OpenSea’s road to decentralization? How will it change the NFT market?

The Seaport protocol is not only for OpenSea, but for all NFT builders, creators and collectors. Since the core smart contracts of the Seaport protocol are open source and not controlled or operated by OpenSea, they are inherently decentralized, with no contract owner, upgradeability and other features.

That is to say, anyone can build an NFT market based on the Seaport protocol, and before that, platforms such as OpenSea have absolute rights to any changes to the code. At the same time, for most developers, it is not easy to create an NFT project from scratch, and Seaport allows anyone to update or generate code, which also means that everyone can use the protocol to issue and trade their own NFTs. For the entire market, Seaport, an open source market protocol, may bring more innovative new NFT use cases in a low-threshold way.

Not only that, but Seaport also offers a more diverse way of trading. On the one hand, most NFT trading platforms currently only allow the use of tokens to buy and sell NFTs, including LooksRare, which has effectively launched a “vampire attack” on OpenSea before, which also uses mixed tokens (WETH + ETH) or uses ETH and WETH to buy and sell NFTs alone , and with the support of the Seaport protocol, sellers can provide NFTs including ETH, ERC20, ERC721 and ERC1155 for bidding. For example, when a user owns a Doodle NFT worth 40 ETH, but wants to trade a BAYC NFT worth 100 ETH, he can use the Doodle NFT he owns and 60 ETH to make a combined bid; the user can exchange for 1 Bored Ape Bundles with UNI tokens from CryptoPunk, Cryptoadz, and Uniswap, and more.

On the other hand, the Seaport protocol provides users with a way of bartering transactions. In fact, in the process of NFT investment, many investors are more concerned about characteristic attributes than the specific appearance of these NFTs, and Seaport will allow users to specify a single NFT and specific characteristics. For example, if a user wants to use Bored Ape to trade an Azuki with a golden attribute, he can set that only wallets with NFT with this attribute can conduct transactions. This will greatly improve the transaction efficiency of NFT assets.

In addition, for most users, it is actually difficult to judge the specific market value of holding NFTs. To this end, the Seaport protocol allows users to create a Dutch auction, set a start and end price, and the auction duration, and then sell at a reduced or increased price until a buyer is found or the auction time expires.

Of course, as OpenSea is one of the applications with the largest gas consumption, the Seaport protocol has also been optimized, which will reduce the transaction cost of users to a certain extent. At the same time, Seaport has also enabled the tipping function, as long as the amount does not exceed the initial offer of the listed NFT.

It is worth mentioning that while the NFT ecosystem is developing rapidly, its security problems are becoming more and more frequent, including OpenSea’s previous external phishing attacks, which led to the theft of some NFTs from users. In order to ensure security, the Seaport protocol has also launched a two-week protocol audit competition while obtaining the security audit of the security research company Trail of bits. The total prize is 1 million US dollars. Any developer can review the code and submit the findings. Review and bug for rewards. 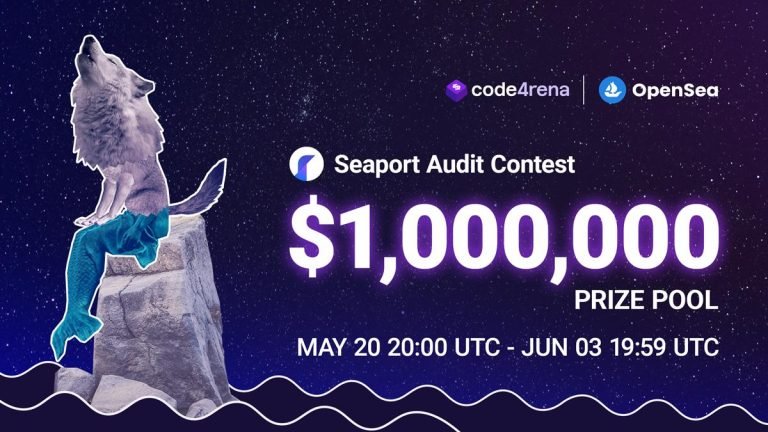 “Just as Uniswap changed the game for crypto trading with open source decentralized exchanges, Seaport from OpenSea may have the same potential to fundamentally change how NFTs are bought, sold and traded, and sound the horns of competition. The future In the coming months and years, the market landscape will change dramatically, many projects will choose to build NFT markets based on Seaport, and even this protocol may become the standard for NFT markets. Since the code is open source, all markets will be Participate in the competition for users, who will create the next killer feature that attracts users? How fast will competitors catch up or surpass?” A netizen named “atareh” pointed out that NFT Summer may soon be Will appear.

In short, from the previous acquisition of NFT transaction aggregator Gem to the launch of the Seaport protocol, we can see OpenSea’s increasing emphasis on user experience and its determination to consolidate its dominant position in the market. The emergence of the Seaport protocol can be regarded as the “UniSwap v3 moment in the NFT field”. While advancing to Web3, it also improves the market efficiency of NFT transactions, enabling the field to unlock more innovative use cases and release greater potential.